Hardington Capital was formed by Robert Bartlett in 2017 who had previously been the CEO of Chestertons for 11 years and prior to that an equity partner with Cluttons LLP.

Hardington Capital focuses on investing in and asset managing predominately income producing property assets across the entire UK and Europe with a current focus on regional HQ type buildings.

Between them the team at Hardington Capital has in excess of over 60 years of expertise in UK property markets. Each has a passion for property and a superb track record for delivering returns to investors.

We recognise the need for a specialist niche team, focused entirely on protecting wealth, whilst still providing above average, inflation beating returns and cashflow.

We establish structures, including special purchase vehicles, that ensure financial and cultural alignment with our capital partners.

We have strong relationships with lenders and can accurately advise on senior debt options to acquire the best possible terms for our clients.

We use in depth analysis and proprietary research to reach the most accurate of investment conclusions.

We understand that deals can be complicated so we are involved at every step of the way to ensure that transactions run smoothly.

Adding value to existing assets as part of effective investment management is one of our specialties. 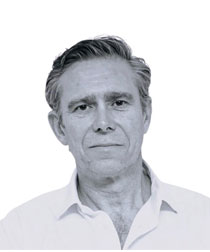 Robert founded Hardington Capital in 2012. He has over 25 years experience in global property markets.

Formerly  CEO of Chesterton Global Ltd (trading as Chestertons), a post he held for 11 years, Robert left to focus his attentions entirely on Hardington Capital in March 2017. During his time at Chestertons he was instrumental in turning around the fortunes of the business, taking it from a small agency in receivership to become one of the largest and most successful property agency businesses in London. Robert also developed the Chestertons business overseas and was successful in creating a substantial business across the MENA region with offices in the Emirates, Qatar and the Kingdom of Saudi Arabia.

Robert was previously an equity partner and Head of Residential at Cluttons LLP where he also managed assets on behalf of the Church Commissioners, Crown Estate and other institutions as well as numerous private clients. Prior to this, he worked in the USA for Shearson Lehman Hutton and Dean Witter Reynolds.

He was member of the British national rowing team having competed at various World Championships and attending the 1992 Barcelona Olympic Games. He enjoys extreme challenges and raising funds for charitable causes and is an avid skier. 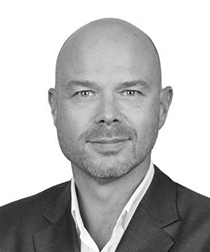 Robert brings more than 20 years of international experience from all facets of the property industry across Europe, North America, the Middle East and Asia Pacific. 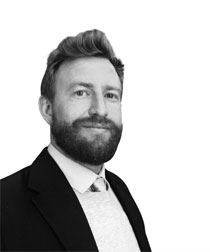 Patrick has a strategic role focused on sourcing, underwriting and executing investment acquisitions across all of Hardington’s funds, and implementing value-add asset management strategies across existing portfolios.

Patrick joined Hardington in April 2022 and brings with him over 10 years of commercial investment experience, in all sectors, across the UK & Europe. Patrick has transacted in over £500m of investments and has previously managed portfolios for the Crown Estate, Wellcome Trust and Associated British Ports.

Patrick holds a BSc in Real Estate Management and is a Member of the Royal Institute of Chartered Surveyors. 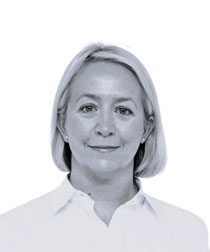 Jandy Ewins joins Hardington as office manager and brings a wealth of experience, having previously worked at LCP and Foxtons. Jandy will focus on introducing efficient practices into the Hardington workplace and aims to expand our ESG strategies.

Do you share our values and have a talent for real estate or investment? We want to hear from you.

Our Investors are our Partners. We seek to develop long term relationships through trust, communication and sound investment returns.

We adhere to the highest levels of honesty, compliance and governance to ensure trust and belief in all that we do.

We ensure to diversify our portfolio, investing in multiple sectors, across locations throughout the UK and Europe.

The essence of real estate flows within us. We believe in sourcing and investing in dependable assets.

Acting and behaving in a socially responsible manner that reflects well on all our partners and respects our stakeholders.

Extensive use and continual development of stress testing allows us to examine tail risks and mitigate potential loss scenarios.